“A Wakeup Call to the World” – this is what Dr. Carrie Madej calls the hidden agenda within the barely talked about ID2020.

What is envisaged is a “genetically modified humanity” (GMH) so as to better control, command the world population, or what’s left of it, once the Gates Agenda has been implemented.

See for yourself, Dr. Carrie Madej’s presentation – 21 min. video (17 August 2020). Transhumanism – “Human 2.0”? – A Wakeup Call to the World, Nanotechnology implanted in your cells – and a genetically modified human DNA.

For those who don’t know yet Bill Gates and his intentions – you may also want to watch his 2010 TedTalk, in Southern California, called “Innovating to Zero”. In it he says unmistakably, “If we do a real good job vaccinating, we may reduce the world population by 10% to 15%”. Watch for yourself.

The Gates TedTalk coincides with the launching of the infamous Rockefeller Report 2010 which planned and predicted the so-called “Lockstep Scenario” in which we – humanity of 193 countries – are marching, in lockstep, to insane orders.

Under this “Lockstep Scenario” the world is losing thousands, if not millions of lives – not so much due to the covid-19 virus, but to the impacts of the closing down of the global economy, social engineering and tyranny which are being imposed on the world, on 193 countries (all UN member states) all at once – no escaping.

You may also watch this 4 min. video of Bill Gates Briefing to CIA – How the Vaccine will Modify Behavior. Already 15 years ago a sinister agenda was under preparation.

Fear is the name of the game. Where it is no longer fear of the corona virus, it is fear from the authorities’ draconian implementation measures, lockdown, destruction of the world economy, of millions of livelihoods lost, of countless victims of famine, extreme poverty, despair, suicide – and fear of what is still to come – there is no end in sight.

The end is in our hands. In the hands of the People. We have to resist in masses. We have to roll out a heart- and conscious-felt movement, like the one that took place in Berlin on 1 August and mobilized 1.3 million people. A new one is planned for 29 August, 2020 – also in Berlin – a Peace Demo – protest against Germany’s – and the world leaders’ (sic) dictatorial and out-of-law and out-of-constitution repressive measures, lockdowns – and destruction of our fundamental life support systems.

The virus is just a clever idea to use an invisible enemy for instilling fear, worldwide, by this minuscule, insanely rich and psychotically power-hungry elite to put the entire world population to its knees. FEAR that obliterates the human immune system and may bring about a range of illnesses far worse than covid-19, including cancer, coronary diseases, diabetes – and much more.

Imagine the pressure, blackmail, corruption and outright threats that must be used against 193 world governments to act in unison, at the same time with lockdowns and tyranny, destroying their own and the world’s socioeconomic system as we knew it.

By: Peter Koenig [LINK] to article at Global Research

Trump's New Age Doctor Network   Click to view saved copy of video All 'truther' doctors are connected to Sasha Stone & he is united with the UN. Be careful not to trust & follow anyone blindly. Are they riding the Trump Train because it's the biggest name out there that can draw... 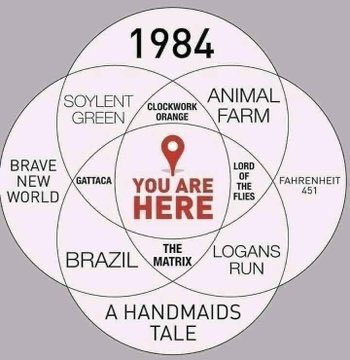